The Wide World at the Heart of Europe

Not only people travel but also objects, knowledge and ideas reach neighbouring or further afield regions. This is true for our globalised world, but also for the Bronze Age. Apart from natural resources like copper and tin for the production of Bronze, one also exchanged finished objects. Amongst them were also valuable showpieces out of special material like gold and amber.

A journey to faraway places had been expected of a prince for as long as anyone can remember. To those who return awaits great respect, due to newly acquired knowledge and through the exotic objects that have been brought back. The destination should be the south, where beyond the high mountains a large ocean exists. The prince chooses companions for the long and dangerous journey. 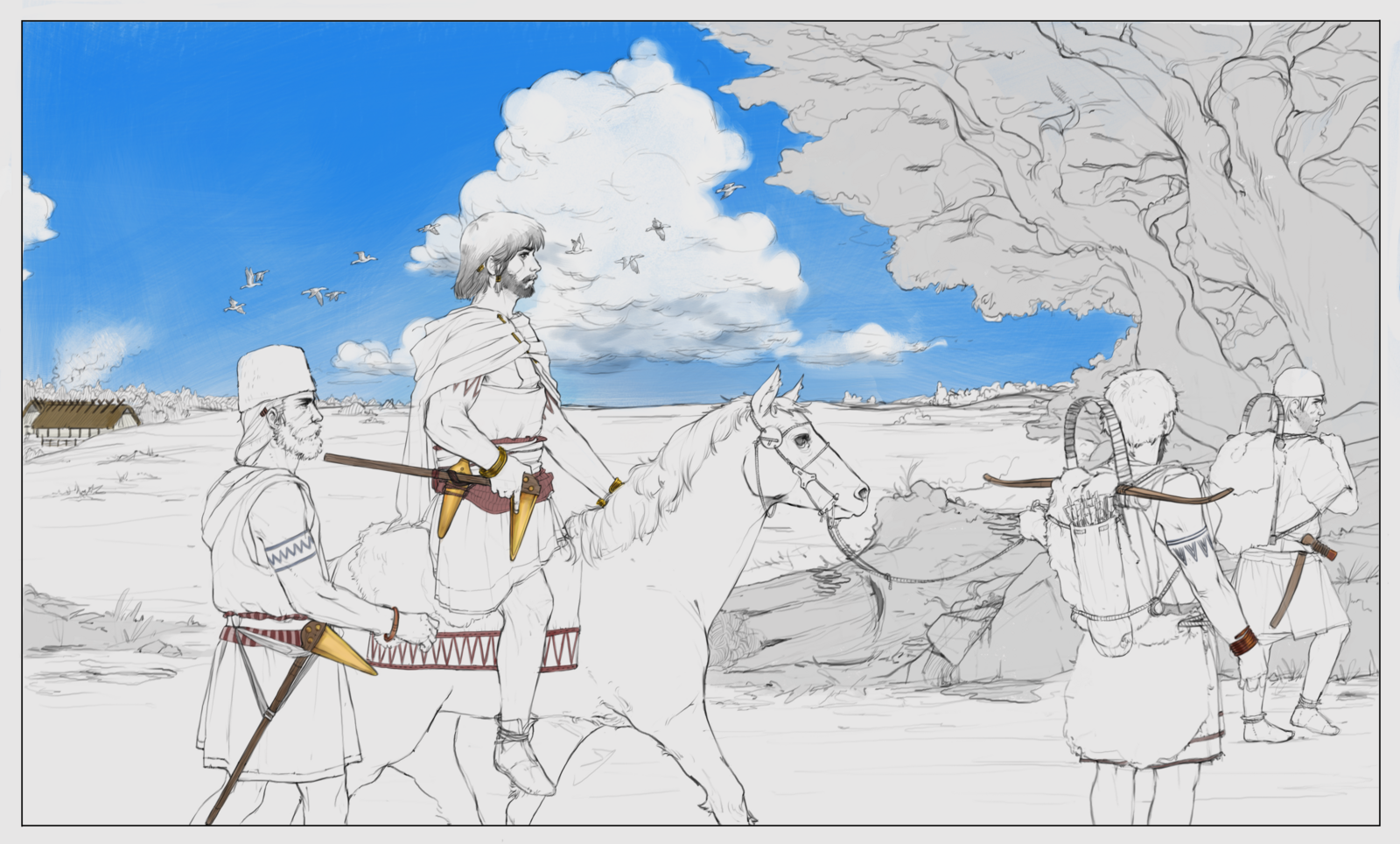 Several months later the group catches sight of the land south of the mountains. Following along rivers they marched further four weeks until they reach the sea. There they encounter an unfamiliar ship, which takes them further south following the coastline. In numerous ports at which the ship touches, the group learns of big miracles and decides to travel further east, to countries full of golden palaces. 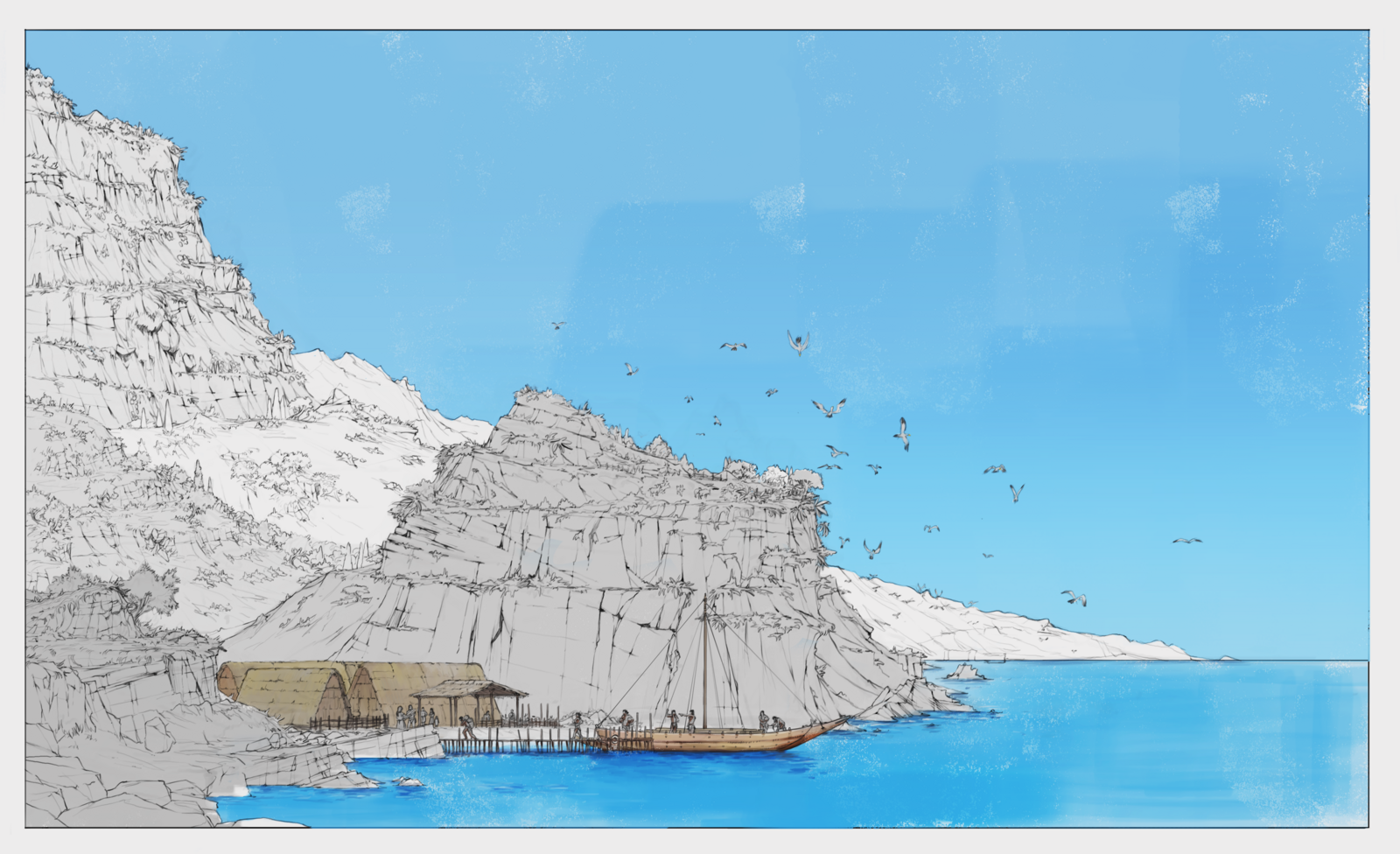 Finally, a trading ship takes the group to the island of Crete. There they are received with honours and are taken to Knossos. The impressive buildings, the colourful costumes and the precious jewellery of the people seem overpowering. 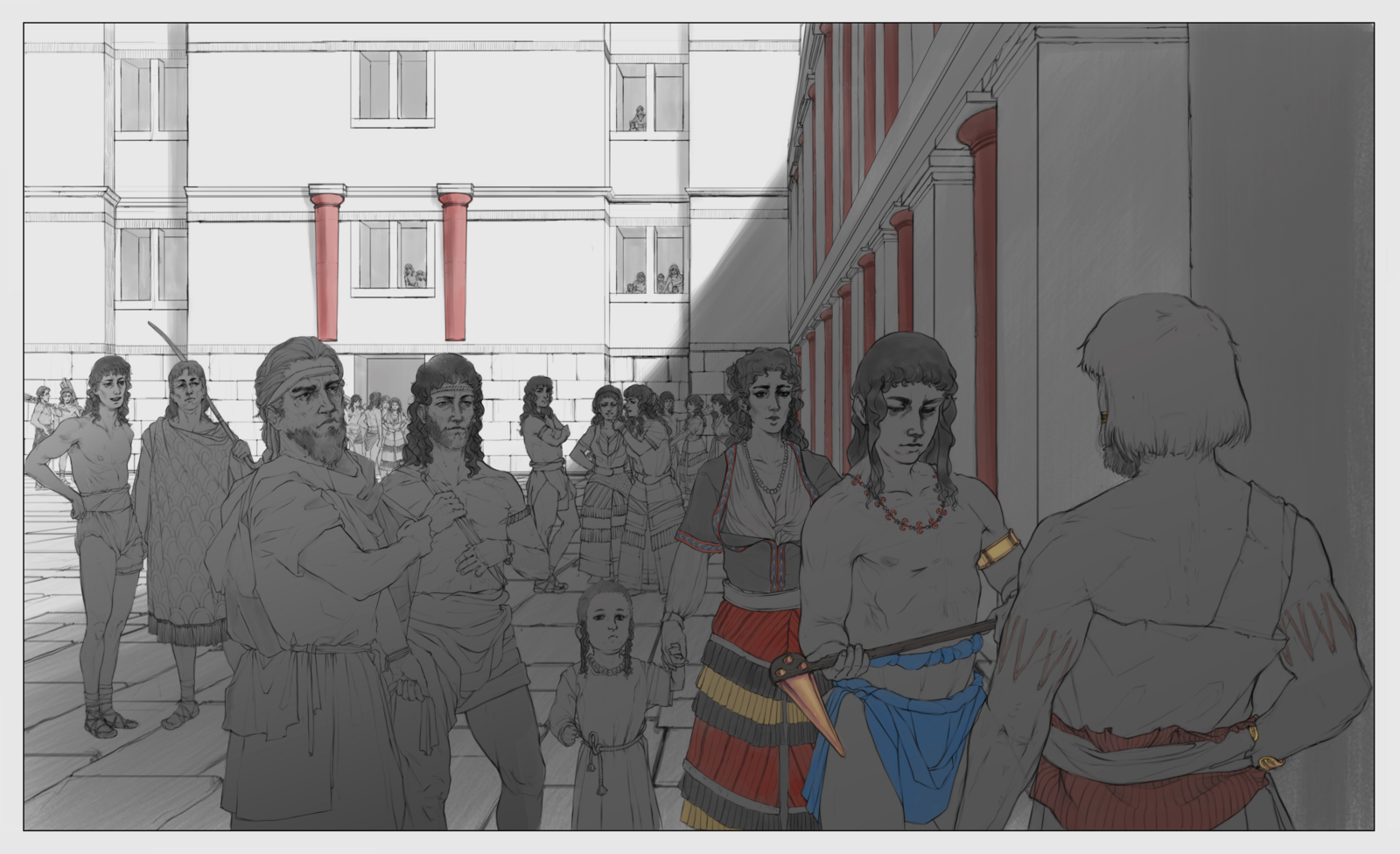 Finally, the group ends up in the port metropolis of Byblos. The prince of the city, pleased about the brought along gifts, receives them and shows them the splendour of his palace. But greater wisdom should allegedly be found further east. Therefore, the group asks for support for travelling further. 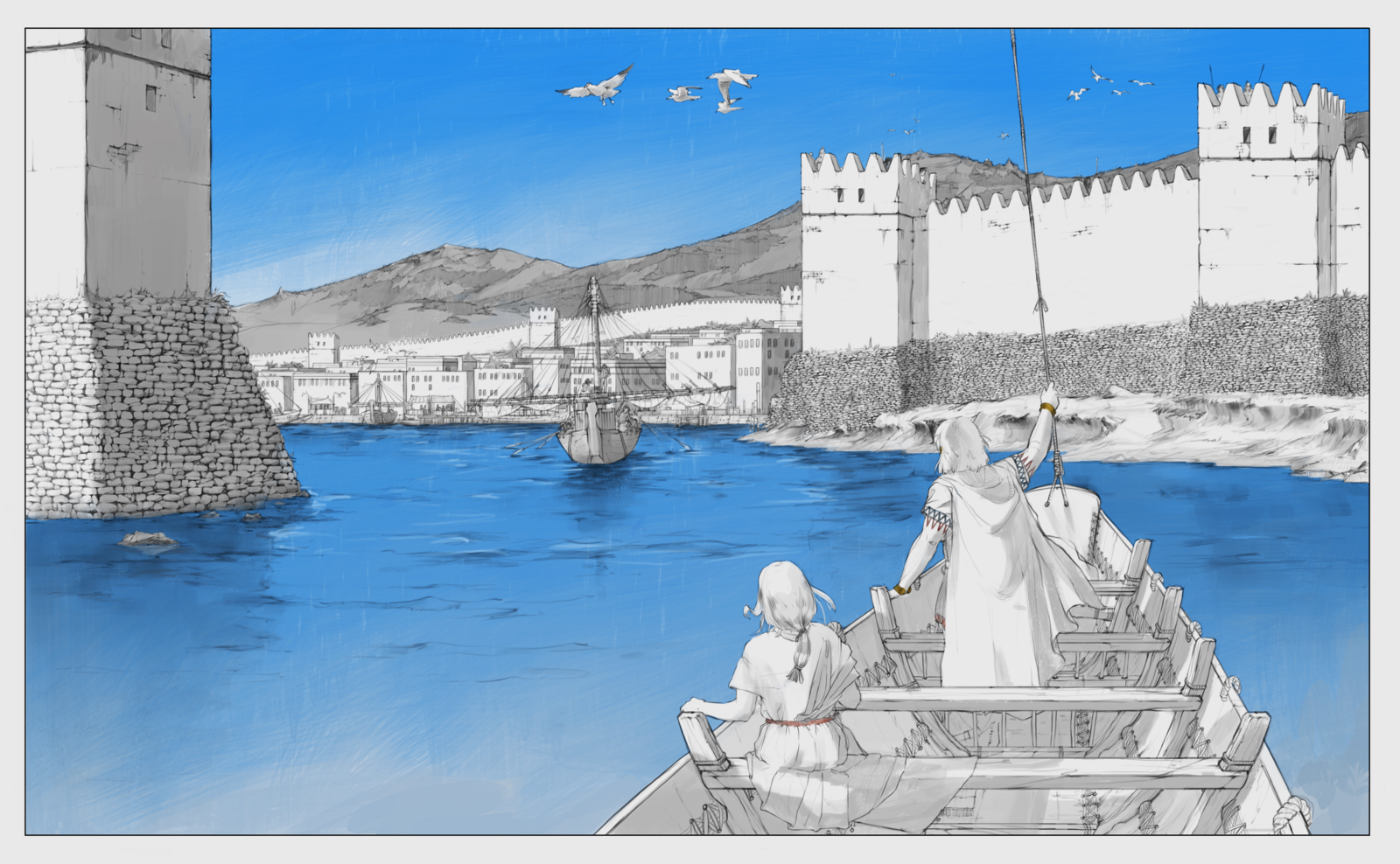 After they have crossed the desert, the group reaches the largest metropolis of Mesopotamia. Impressed by the brought along amber, the king permits the travellers to stay for many months and to speak to his court astronomer. During the night they observe together the night sky. The prince gets to know a lot about the movement of the stars and the moon and how the year can be ordered based on this knowledge. 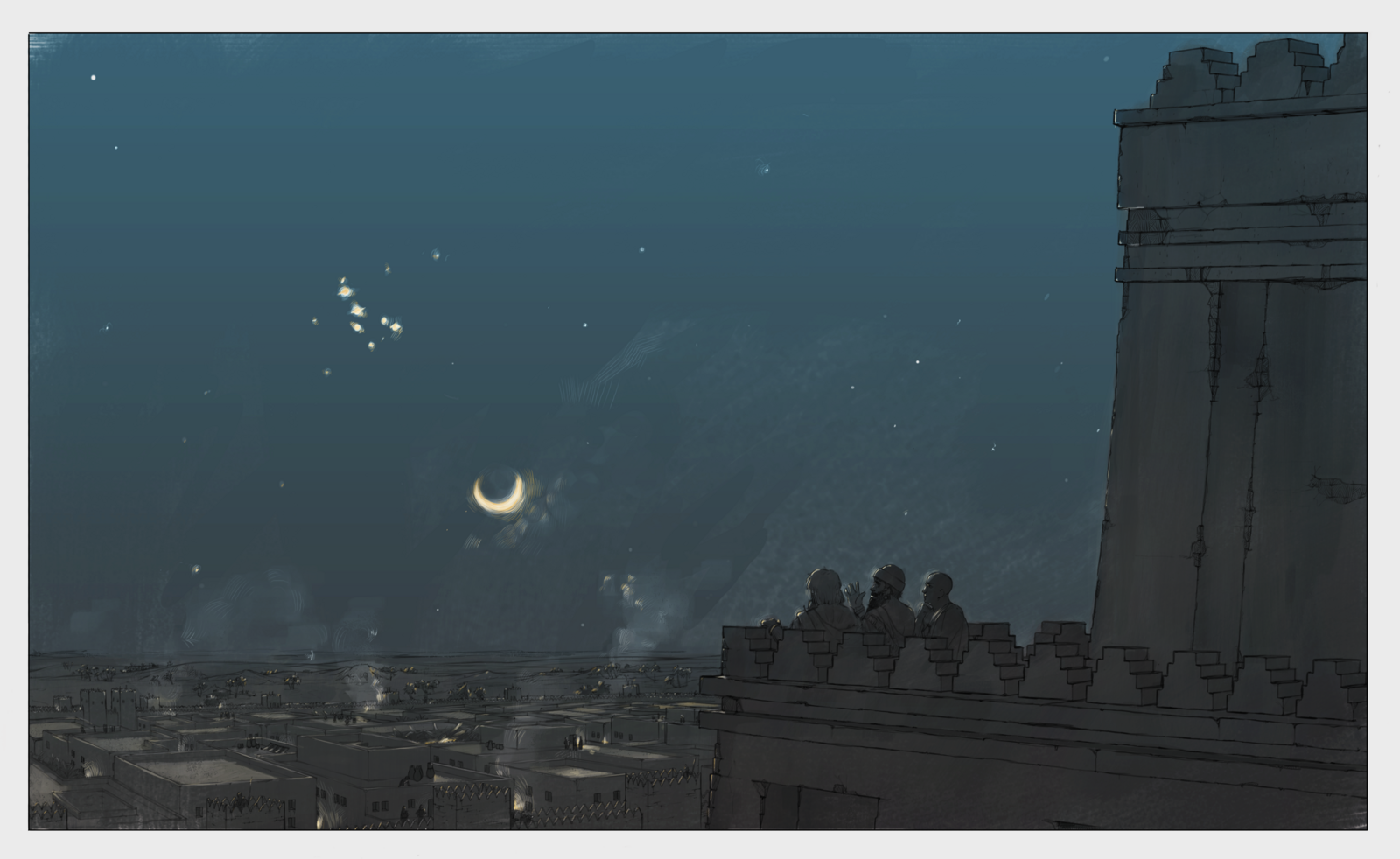 Somewhere near Dieskau
4 April 1641 BC

For a long time, people talked about the journey of the ancestor to the wonders of the south. There he got to know the secrets of the sky and put his knowledge down in the still highly honoured Sky Disc. Once again, a prince sets off with his companions towards the south, accompanied by curiosity and thirst for adventure. 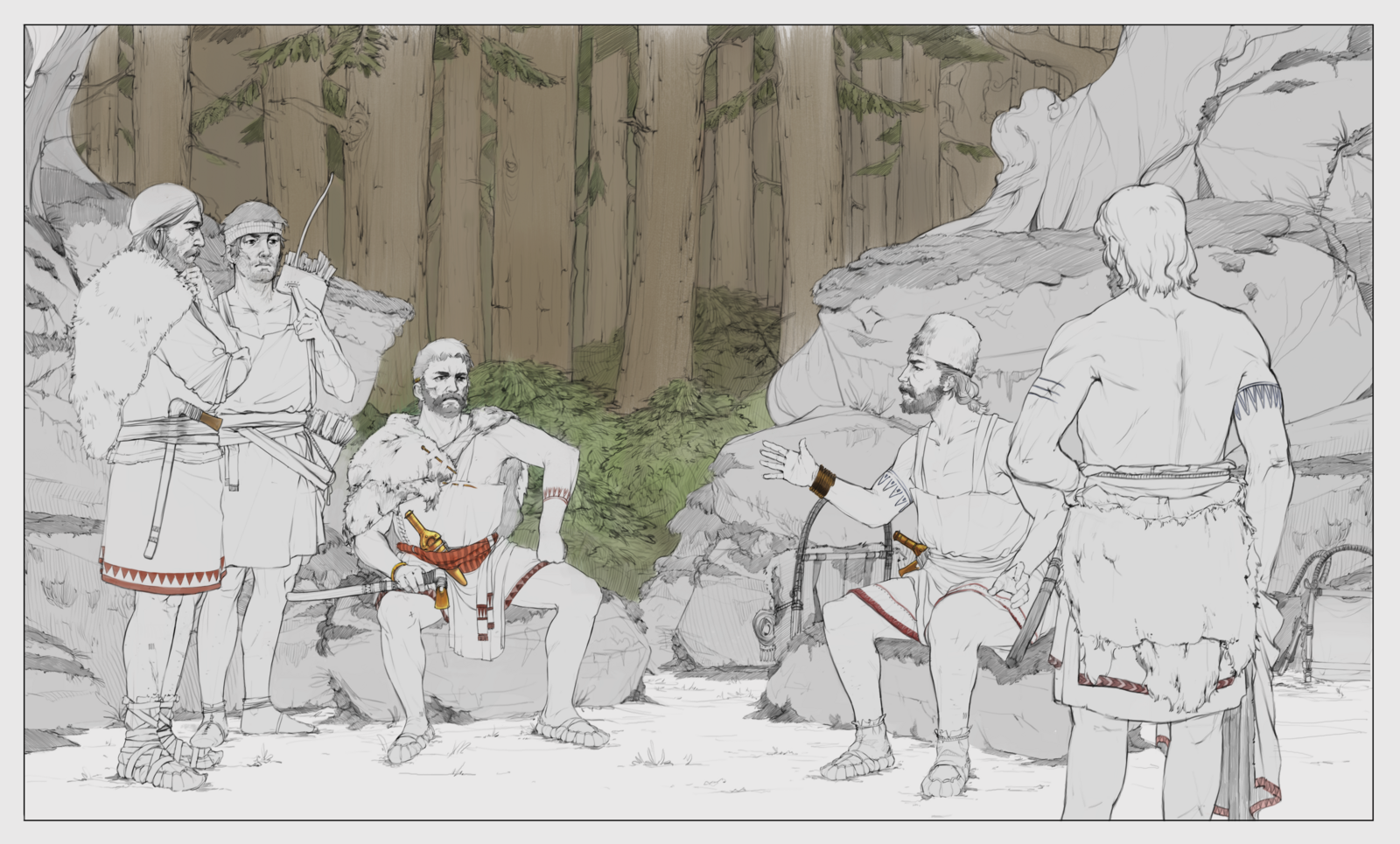 Finally, the group reaches a lakeside settlement at the foot of the mountains. They take a break and prepare themselves for the crossing of the mountains. In the evening they sit together with dignitaries of the region and exchange stories and gifts. 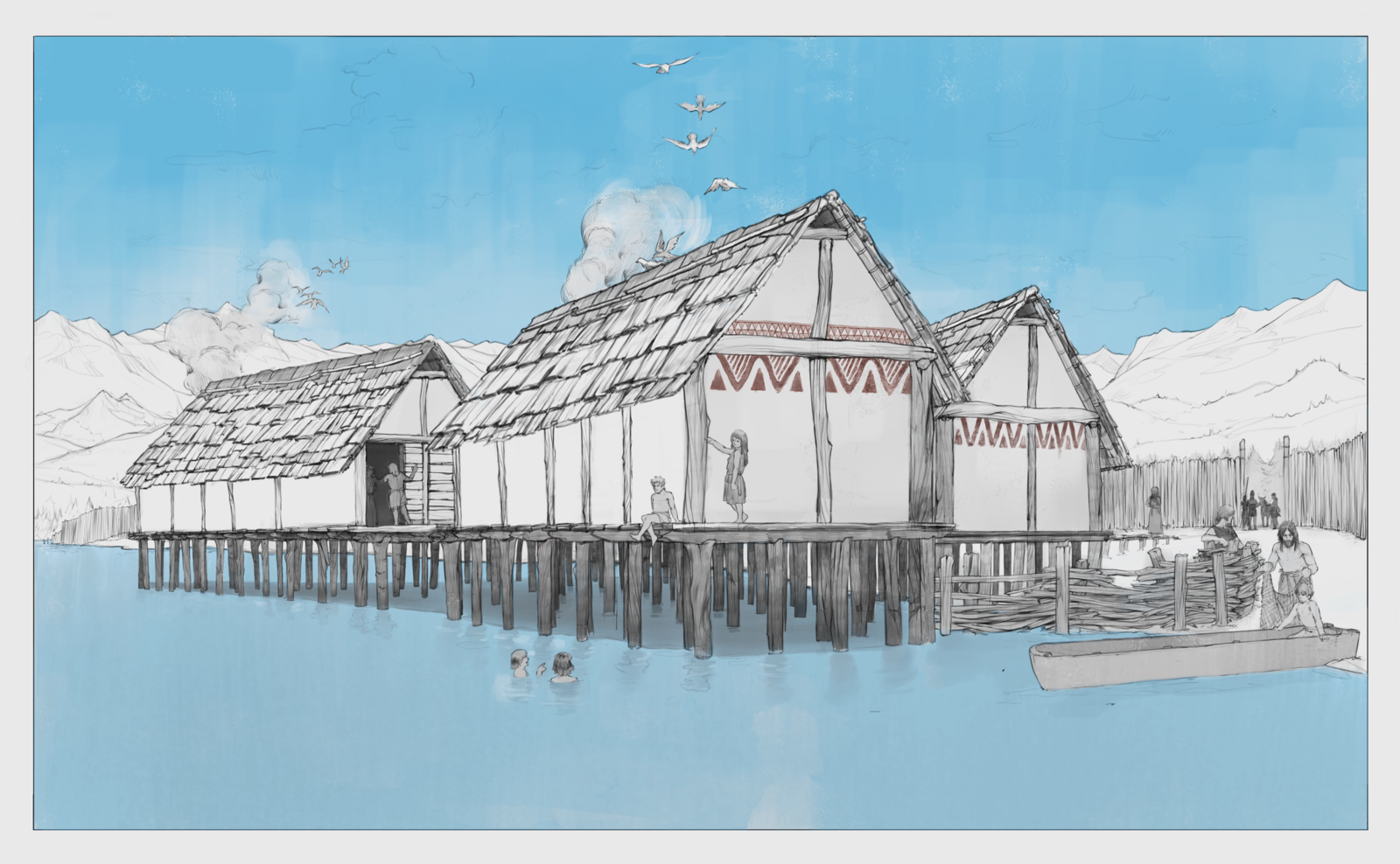 Having arrived on the coast of Greece, the group leaves their ship and travels further to Mycenae. Its ruler is known for his wealth and competence as a warrior. The prince presents him with a precious amber necklace, and they are allowed to be his guests for many days. A ship eventually takes them via Crete to the other side of the large sea. 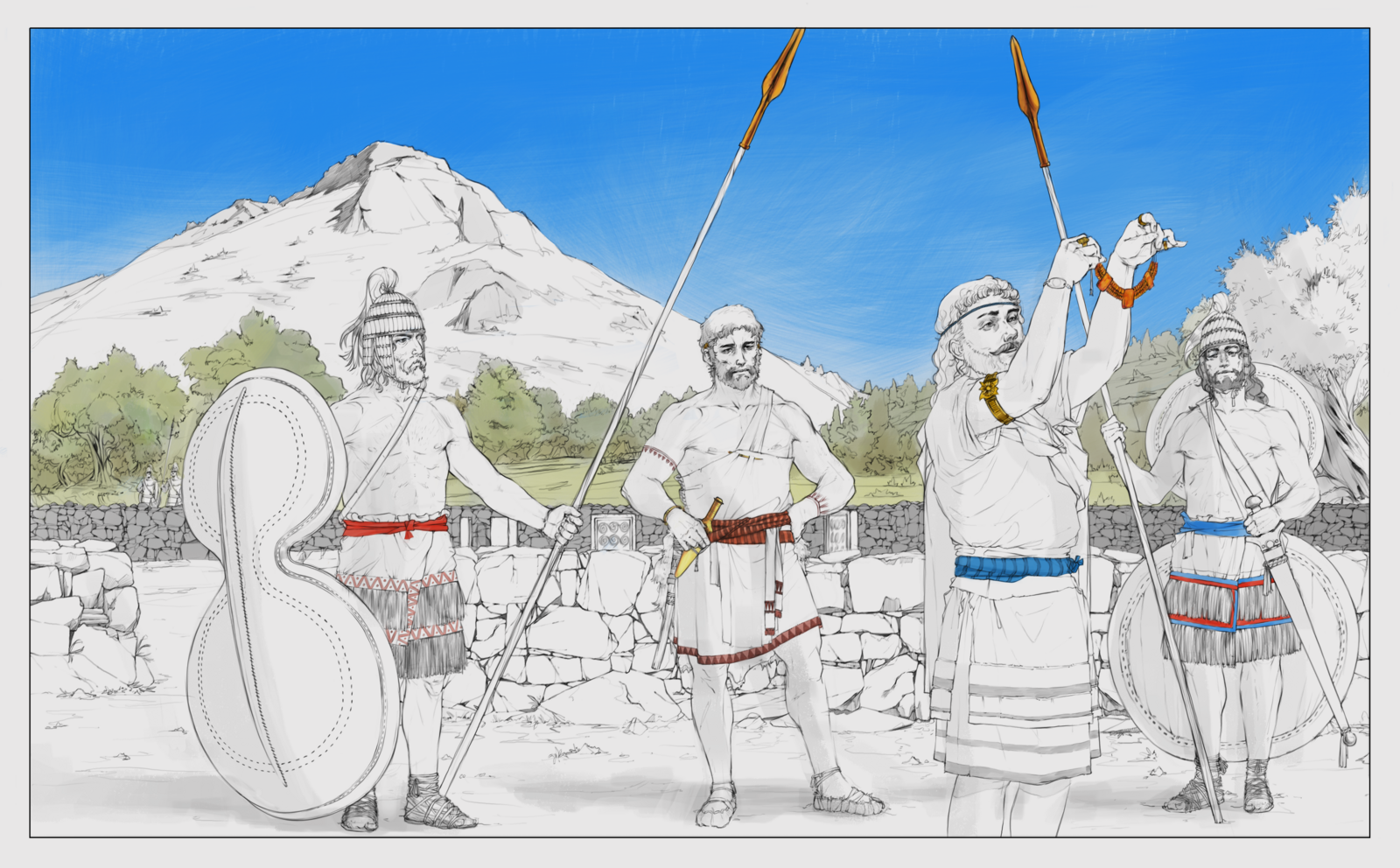 After days at sea, the travellers reach Egypt. On their route into the hinterland, they can hardly comprehend what they see. The monuments, the gods and the festivities exceed all their comprehension. They even watch the pharaoh conducting a ritual. In a conversation with a priest, they learn about the journey of the sun god Re in a barge across the horizon. 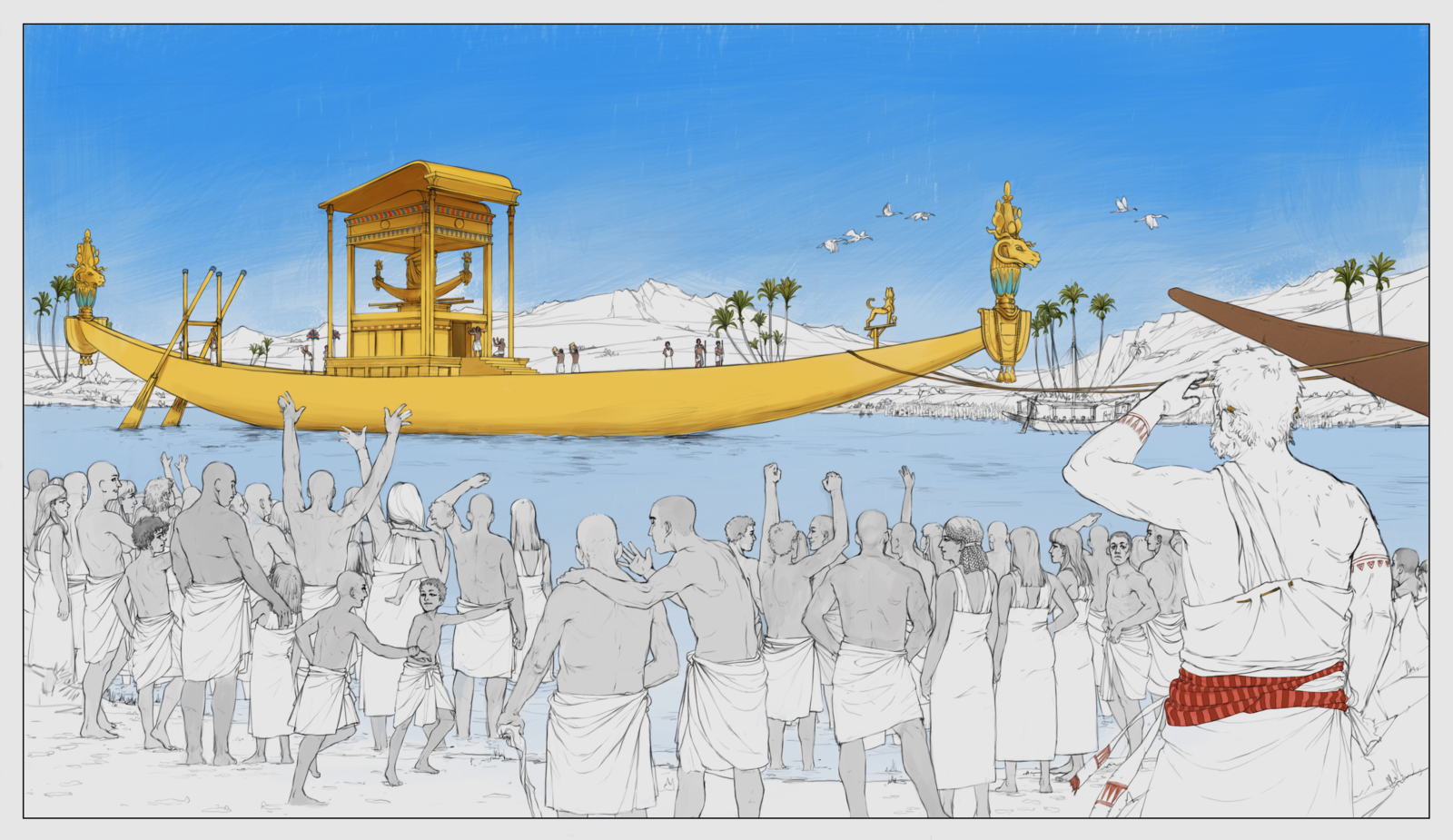 You can download the uncoloured pictures of the journeys here. We also have other exciting colouring sheets available.